The first volume of Humboldt's American Travel Journals, which is published here in its entirety for the first time, describes Humboldt's journey from his departure in Spain to his visit to the Canary Islands, his arrival in Cumaná (today Venezuela) and his time there (1799/1800). The multitude of data collected, treatises on plant geography, botany, geosciences, climate, economy and trade, protocols of experiments and on-site encounters, the use of the most modern instruments and mathematical methods of the time not only show the tireless researcher Humboldt and his typical way of organising knowledge, but are also of great value for biodiversity and climate research today. 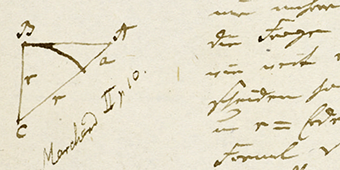 The travel journals have a complex structure. Our current research results should facilitate the reader's introduction. The chronological sequence of the journey is presented in the overall context of the journals as well as writings and scientific topics of the first major stage of the journey: astronomical positioning, measuring instruments and methodology, cartography, geodesy, geomagnetism and climate research. 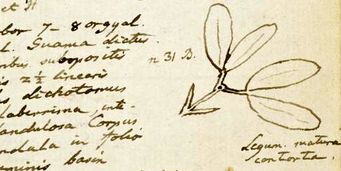 The first of the American Travel Journals contains a previously unedited list of plant descriptions, to which numerous references to the botanical field diary were added, which was kept by Aimé Bonpland at the same time. In return, this "Journal botanique" also contains many such references to Humboldts diary. What insights do these references provide into the cooperation between the two explorers on site? 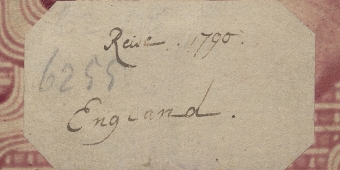 Alexander von Humboldt's first preserved travel journal was written in 1790 during his voyage to England, in the company of Georg Forster. She led him from Mainz via Belgium and the Netherlands to England and then to revolutionary Paris. The journal of the English journey contains reflections on sheep breeding, dyeing processes and the cloth trade, on lime works, basalt extraction and cheese production. Botanical and geological observations, comparisons with native vegetation, landscape descriptions and historical anecdotes are still dominated by the particular influences of Humboldt's original cameralistic education. Formally, the English Travel Journal has the character of a finger exercise in making travel notes. However, it already anticipates the later travel diaries, such as those of the American journey. 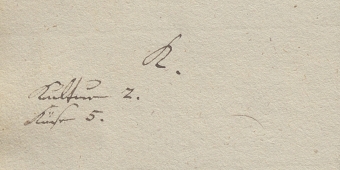 Introduction: On the New Edition of Humboldt's Journal of his Journey to England (1790)

Humboldt's journal of his journey to England is not merely the document of one of his first major trips abroad: it is also a document of the young scholar's self-education as a travel writer and researcher. Humboldt later made use of the writing practices that had been tested and rehearsed here when writing his American travel journals.

On 37 pages and attached notes, Alexander von Humboldt wrote down insights into slavery and outlined analyses on the economy, population, society, and politics. The journal fragment comes from his second stay in Cuba in 1804. It marks the beginning of Humboldt’s intensive examination of slavery, a human question which occupied him until the end of his life. These notes are presented here for the first time in a scholarly edition.

The manuscript "Isle de Cube, Antilles en général" closes another gap in the Humboldt research after the missing piece from Mexico City to Veracruz was published a few years ago. The text is from the second visit to Cuba (March 19–April 29, 1804) before Humboldt and Bonpland made a last stopover in the USA on their way back to Europe.

"Isle de Cube, Antilles en général" can be regarded as the title for an entire text archipelago. Humboldt’s manuscript fascinates us with its radically open structure; it gives us an idea of the writing model and – perhaps even more – the thought model of the cultural researcher and naturalist. His short texts capture the political and social complexity of the Caribbean archipelago relationally and polylogically.

Alexander von Humboldt’s French contains features of a classic style that has been in use since the 17th century. This edition shows the multi-layered character of Humboldt’s use of language: his French is linguistically complex but remains precise and flexible. As a genuine expression of Humboldt’s thinking, it is a unique testimony of his time.

The publication of the Cuba journal has given the Humboldt community an important object of study. The main subject of "Isle de Cube. Antilles en général" – written in real time – is the sugar and slave economy of Cuba and the extreme living conditions of the enslaved population there and in the colonies of other European powers in the Caribbean.

The two great Humboldt journeys are complementary in its scientific scope but profoundly different in its execution and extent. While the American journey lasted five years between 1799 and 1804 through the tropics of the two American continents in a north-south direction, the Russian-Siberian journey extended over a much shorter period (April 12–December 28, 1829) into the outer tropics of Eurasia in a west-east direction. Within the Russian Empire alone, more than 18,000 kilometres were covered, all at a tremendous pace and without the comparatively long stops at the individual stations during the American journey. With the help of 12,244 horses and stops at 658 post houses, a route was mastered that led from Berlin via Königsberg, Saint Petersburg, Moscow, Kazan, and Perm, over the Urals and the Altai Mountains to the Chinese border, from where they returned to Berlin via Miass, Orenburg, and Astrakhan – situated at the Caspian Sea – and finally again via Moscow and Saint Petersburg.

Alexander von Humboldt’s American travel journals are in their entirety a significant monument of both science and literature and have left their mark on the history of science and aesthetics; a monument which can at best be scientifically compared to Charles Darwin’s travel records and his preliminary manuscripts and sketches for On the Origin of Species and at best be literarily compared to Georg Forster’s A Voyage round the World (created on the second Pacific voyage by James Cook) or Giacomo Casanova’s memoirs. Nevertheless, Humboldt’s travel journals are completely unique in this net of large comparisons. The journals are the very core of the Humboldt oeuvre and establish his worldwide and still growing reputation as a scientist, citizen of the world, and guiding intellectual force for the 21st century. Alexander von Humboldt’s world consciousness, which builds cultural bridges, found its first genuine expression in the widely travelled manuscripts of the American travel journals. Alexander von Humboldt will refer to these travel journals in all of his subsequent writings, right up to his Cosmos.

Figure: Archive of the BBAW (Berlin-Brandenburg Academy of Sciences and Humanities)

As is well known, the American journey was a private expedition financed by Humboldt himself. Instead, the Russian-Siberian journey took place on behalf, at the expense, and under the control of Emperor Nicholas I of Russia, something Humboldt was constantly very aware of. The then almost sixty-year-old researcher and Prussian chamberlain was bound by contract to refrain from any kind of criticism regarding the Russian social and economic system, let alone open criticism regarding feudalistic structures and serfdom as well as other similar sensitive subjects. During the American journey, Humboldt travelled in a mobile duo of disciplines with Aimé Bonpland and wrote the travel journals by himself. Things were different on his rapid journey through the Russian Empire: besides his servant and factotum Johann Seifert, Humboldt was accompanied by the mineralogist Gustav Rose and the botanist and zoologist Christian Gottfried Ehrenberg while enduring the constant company and tailing by Russian officers and adjutants. Rose and Ehrenberg also kept travel journals like Humboldt and subsequently presented publications about the journey, whereby the respective (disciplinary) »responsibilities« of the fellow travellers were clearly and explicitly tailored.

The »Russian-Siberian Travel Journal« therefore has a completely different structure, political and scientific-historical contextualization, intention, and subject matter in comparison to the »American Travel Journal«; the very exclusion of any social criticism as a form of censorship was already in stark contrast to the recordings during the American journey.